Our ladder beams are compatible with all of your scaffold systems and tube clamp scaffold. It is easily erected when using a standard O.D 48.3mm scaffolding coupler.

Send Us An Inquiry

Steel ladder beam surface is a very important factor in durability and corrosion resistance.  There is self-colour, painted, and galvanized steel ladder beams.    Painted ladder beams are made from black scaffold tubes, painting after the welding. 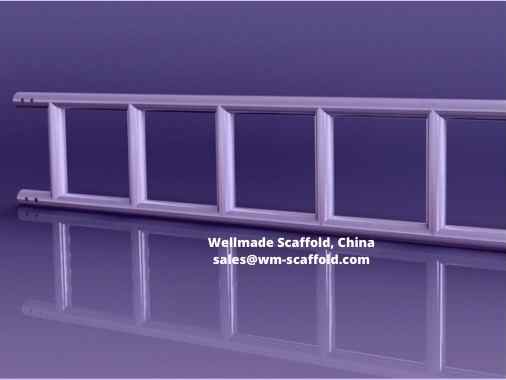 Aluminum Ladder Beams are made from O.D 48.3×4.47mm aluminum scaffold tube.  It is lightweight scaffold material. You can find both 228mm and 353mm aluminum ladder beams for your scaffolding construction. 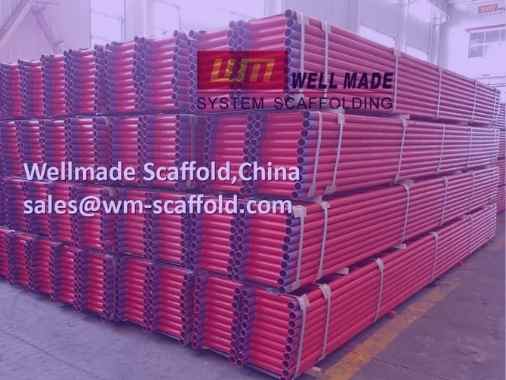 Wellmade customizes scaffold ladder beams according to your design too. We can test the load capacity for your newly designed ladder beam to give safety support for your construction scaffolding safety calculation.

Ladder beams are required when a big span is between two scaffolds. It creates an opening area/access for construction and allows the handling of scaffolding materials, exits, and entrances during construction.

Ladder beams are with top and bottom tubes and vertical tubes at every 305mm.  They are a type of heavy-duty horizontal member in scaffolding. Using ladder beams can ensure safety load even in large-span scaffolding.

All of the ladder beam raw materials need to be tested by both chemical composition and physical properties. Include, but not only, tensile strength, yield strengths, elongations, bending, flattening, etc.

Ladder beams welding quality in Wellmade are conform to the ISo 3834 and EN 1090 standard. We are a CE-certified manufacturer. The ladder beams are able to with CE marks on.

Load capacity is the director factor related to the construction design and safety. Thus, Wellmade tests each batch the loading capacity according to BS EN 12811, BS 8118, and TG 20 standards.

Firstly, Wellmade is a professional scaffold ladder beam manufacturer. You can find not only all standard sizes, brands, and specifications of ladder beams. Wellm 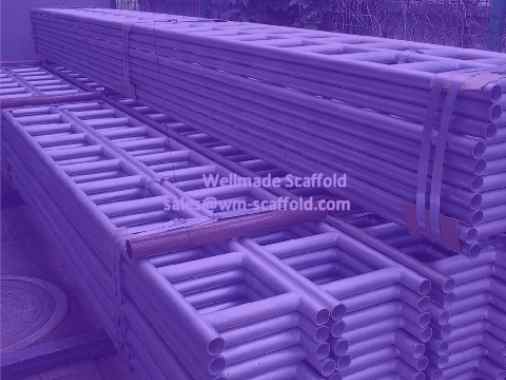 ade is able to design and customize your ladder beam requirement, especially for your construction.

Secondly, Wellmade supplies your high-quality ladder beams and ensures construction safety by test the ladder beam scaffolding in the whole process of production before shipping.

You can find the raw material test report, track numbers, batch numbers, heat numbers for your ladder beam raw material. During the manufacturing, Wellmade tests the welding lines and load capacities, shearing data of your ladder beam according to BS EN ASTM standard as well as the CE requirement.

Thirdly, Wellmade is an OEM scaffolding manufacturer for many scaffolding companies and scaffold traders. You can get benefits at good factory prices.

In addition, you can enjoy your company names, brands, and logos on the ladder beam scaffold products.  With the company identification, the ladder beams will be easier in stock, transportation, rental & hire business.

If you want more professional services like door-to-door delivery etc, Wellmade is able to give that support by more than 100 agents and forwarders globally. And send the ladder beam materials to your construction site or stock, project location.

We Believe Buyers Win, and We Win.