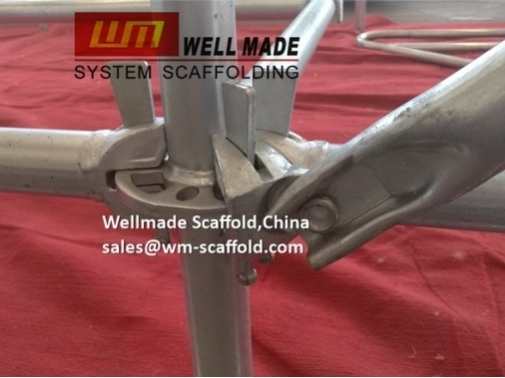 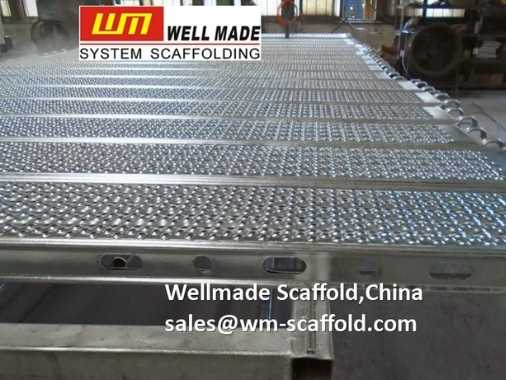 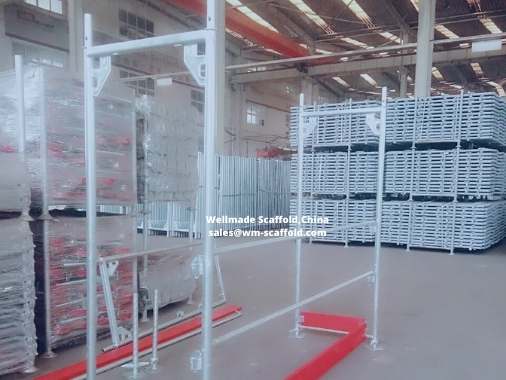 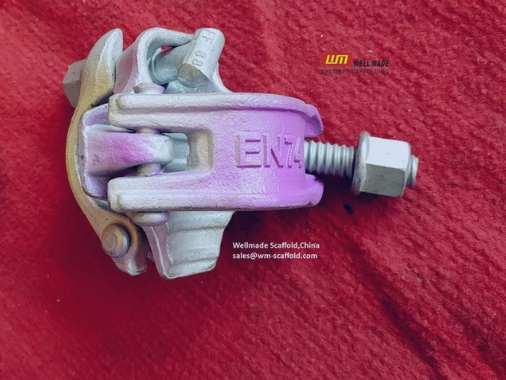 Wellmade manufactures all types of German standard scaffolding clamps. They are exported to Germany and Surround countries.

Coarsely Threaded Germany Double Coupler is stronger than the normal Germany scaffolding double couplers.  It is easier if the coupler needs to be in hot-dip galvanizing finishing. Sizes of the coarse German double coupler is O.D 48.3mm (1.5″). It is used mostly for Layher scaffolding allround and facade speedscaf frame system.

Guardrail coupler with wedge housing is scaffold fittings designed for Layher Speedscaf System. It is a type of euro frame used a lot in facade scaffolding construction and building.

Half Coupler with Toe Board Pin to Germany (WGHCTB)

This is the half coupelr with the toe board pin. The half swivel coupler is made from coarse threaded German clamps. While normal type Germany half coupler is available too.

Twin Ledger Head Coupler is designed for the Germany Allround scaffolding system. It is in hot-dip galvanized using to connect between two ringlock rosettes rings.

Wellmade manufactures complete sizes of the German scaffolding clamps for your choosing. Include O.D 48.3mm, O.D42mm, etc. The scaffolding clamp sizes are matched with your scaffold tube diameters.

Send us your Germany scaffolding coupler inquiry to get a competitive price now.